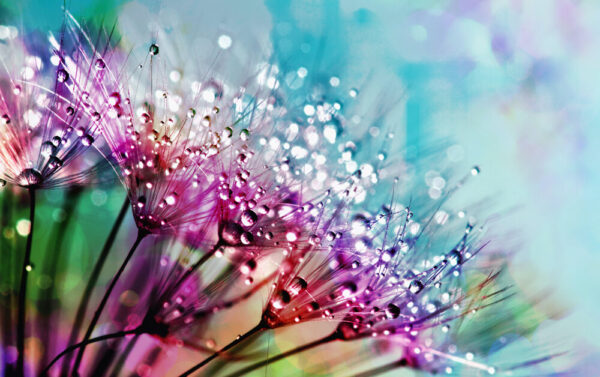 Psychedelics have a history rich in stigmatisation and misunderstanding. For example, during the 60s (whilst psychedelics research and trials occurred in reputable universities around the world) the anti-Vietnam counterculture, who were associated with psychedelics, rose up against the establishment. Subsequently, President Nixon declared a War on psychedelic drugs which was highly sensationalised, politicised and not based on scientific evidence. As divisive psychedelic pioneer Terrance McKenna asserts “Psychedelics are illegal because they dissolve opinion structures and culturally laid down models of behaviour and information processing. They open you up to the possibility that everything you know is wrong”.

Over the last twenty years there has been a renaissance in psychedelic science and people ‘coming out’ in support of utilising these treatments for mental illness and powerful tools to expand consciousness and spirituality.  Whichever perspective you take, the fact remains, backed by evidence-based research, that psychedelics have a lot to offer in the ever-advancing world of psychedelic-assisted therapies and the pioneering of better mental health treatments.

So why, in 2020, as the world finds itself in the midst of both a global health pandemic and mental health crisis, are psychedelics, the one treatment that could offer hope to millions of people, still so heavily stigmatised?

Is history to blame?

Thanks to President Nixon’s war on drugs, law reform on psychedelic medicines ultimately saw them classified as a schedule 1 drug. Which is the highest, most restricted and regulated drug schedule of the US Controlled Substances Act of 1970. Similar laws were soon seen internationally, thus seriously limiting the continued research into psychedelic medicines and their potential as a mental health treatment response.

While psychedelic medicines may be enjoying a research renaissance and offering a glimmer of hope to those living with mental health conditions, for many, the poor media portrayal of such hallucinogens, coupled with the tiresome war on drugs and protest from medical professionals, has tainted the name of psychedelics. Today, psychedelic drugs such as psilocybin and MDMA (among others) have recently generated new interest in the treatment of mental illness. Both medicines have been given breakthrough status as therapies for several brain-related disorders. While this is an incredibly positive step towards mental health care reform, the need for research into such medicines and the perceived benefits to come from them, is still heavily stained by misinformation, fear and stigmatisation, continuing to hinder attempts to bring psychedelic-assisted therapy to the forefront of mental health treatment. It seems the stigma attached to psychedelics decades ago is still polluting the minds of both countless medical professionals and the public alike.

So… just what is stigma?

In layman’s terms, stigma is ‘a mark of shame or discredit’ or ‘a set of negative and often unfair beliefs that a society or group of people have about something’. Stigma is a multifaceted social construct that includes public, self and structural components, which once attached to something, leaves a distinctive mark of social disgrace.

As socially constructed attitudes, values and laws evolve, we often witness the dismantling of stigma. This is evident throughout history and seen in the changes of attitudes towards such issues as women’s rights, the treatment Aboriginal and Torres Strait Islander people and the wider acceptance and celebration of the LGBTQIA community.

Now it is time for a change in attitude towards psychedelics. It is simply another chapter in our history of evolution. This shame and stigma needs to shift now. The mental health crisis continues to grow. Thousands of Australians are dying by suicide, caused by outdated beliefs which are no longer supported by science. Current pharmaceutical interventions for mental health are failing! Psychedelic-assisted psychotherapy is a matter of human rights.

So… how do we destigmatise psychedelics?

Several studies show that stigma usually arises from lack of awareness, lack of education and lack of perception. Currently, psychedelics are often still stigmatised and associated with the negative. We are all responsible for dismantling this stigma. People should be encouraged to come out and share their knowledge. Engage in open, honest and factual conversation with friends, family and peers. By knowing the science behind psychedelics and sharing facts rather than propaganda, fear can be reduced and acceptance a welcome change.

Today, there is a growing consciousness, eagerness, and hopefulness towards the use of psychedelics in therapy. There are over a hundred psychedelic research trials happening globally as we speak. In countries such as the Netherlands, psychedelics are legal and embraced as a mental health solution. Psilocybin mushrooms can be bought in cafes. The Netherlands is also home to world-class psychedelic therapy centres with many legal organisations dedicated to protecting this therapy. Education and acceptance of psychedelics is embraced rather than demonised. As a result, stigma and shame towards psychedelics is limited. Other countries are following suit and the same can changes can happen in Australia. We simply need more education consisting of honest, factual and up-to-date information. Surely, we are able to have the same change in perception towards psychedelics that we have had towards previously stigmatised groups.

Policy change surrounding psychedelics is essential in mitigating stigma. The Therapeutic Goods Association’s recent agreement to accept submissions advocating for certain psychedelics to be rescheduled from category 9 drug (prohibited substance) to category 8 (controlled substance), is a massive step forward. In addition to this, greater advocacy and community education is needed. If research can progress freely, devoid of crippling regulation and government agenda, and if the media can be encouraged to publish articles based on hard fact, rather than falsehoods and fear, the future of psychedelic-assisted therapy may just have a gleamingly bright future.

Saying goodbye to stigma and shame

We need to better address the rapidly growing mental health crisis and we need to do it now. If the past has taught us anything, it’s that stigma and shame lead to negative outcomes for those with mental illnesses and disrupt pathways to potential treatment options. The war on drugs and continued spread of misinformation surrounding psychedelics has no doubt caused great setbacks in the development of psychedelic-assisted therapy. However, there is hope. If stigma stems from a set of negative beliefs, then the key to mitigating stigma must lie in early intervention and education.

As a social work student, who you would think should be taught about the most up-to-date and promising treatments for mental health, there is only one point during my entire degree I remember hearing anything about psychedelics. It was not positive. I was told that psychedelics can cause psychosis and are dangerous. Nothing was ever mentioned about the promises of psychedelics used in therapy. Why not? If anything, this gap in education should be seen as an opening. An invitation to network and get into universities. Start spreading the word as early as possible about the promise of psychedelics. This responsibility also lies with therapists and other healthcare professionals, who can use their own power and authority to dismantle and reject stigmatised beliefs and myths surrounding psychedelics. By engaging in informed, expert conversation, providing professional education and continuing to advocate for improved mental health treatments and the promise of psychedelics, a change will be possible. Education has been proven to reduce stigma. I encourage all of you to take a stand and educate yourselves as much as possible. Read articles, research, have uncomfortable conversations. Use some of your spare time to volunteer for an organisation such as Mind Medicine Australia. Be the change you want to see in the world! If psychedelics are the future of mental health treatment, then education (in all its forms) will see them get there.