With Driftwood – The Musical and Tania de Jong AM 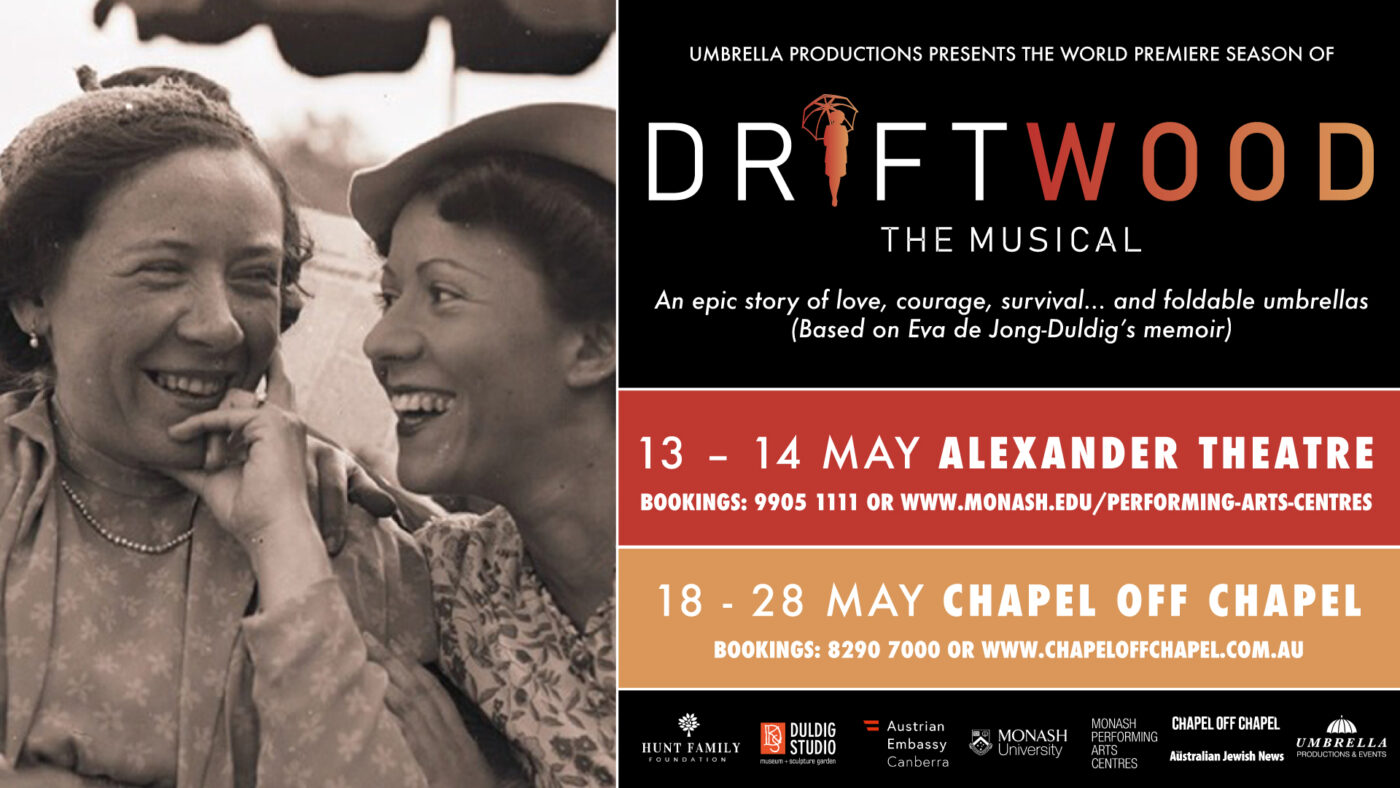 The stories we tell ourselves define the world we live in. They define how we relate to our past, our present and our future. By taking control of these stories, we can re-author them to a place where we are empowered and resilient. This is a key element of integration and healing in psychotherapy.

As survivors of the holocaust, Mind Medicine Australia’s co-founder Tania de Jong AM and her family are all too familiar with the scars of intergenerational trauma. Having fled Europe just before the Nazis invaded their home, they were forced to leave everything behind to save their lives.

But in that trauma, there is also the opportunity for courage, compassion and triumph over adversity. To go from victim to survivor, and rebuild a life filled with hope, love and joy.

Driftwood the Musical is this story, the deeply personal story of the Tania de Jong AM’s family, and a huge part of why she founded Mind Medicine Australia.

An epic story of love, courage, survival... and foldable umbrellas.

Umbrella Events in association with Creative Universe is delighted to present the world premiere performances of Driftwood – The Musical. This epic story has been adapted for the stage by award-winning playwright Jane Bodie, based on the original memoir by Eva de Jong-Duldig. It features original Music and Arrangements by Anthony Barnhill with Lyrics by Tania de Jong AM and Jane Bodie. Acclaimed Director Gary Abrahams brings a stellar cast to the stage.

Driftwood – The Musical tells the inspirational story of the renowned Austrian/Australian sculptor Karl Duldig and his artist/inventor wife, Slawa Horowitz-Duldig. We follow their lives in pre-war Vienna, Slawa’s ingenious invention of the foldable umbrella, and an incredible chain of events after miraculously escaping the Holocaust and rebuilding their careers as artists in Melbourne. A magical story of art and creativity, survival and perseverance, family, freedom and love.

She works across the public, private, creative and community sectors.  Tania speaks and sings around the world as a soloist and with her group Pot-Pourri releasing twelve albums. She was Founder and Executive Producer of the award-winning future-shaping events series, Creative Innovation Global.  She was appointed a Member of the Order of Australia in June 2008 and named one of the 100 Women of Influence and the 100 Australian Most Influential Entrepreneurs and as one of the 100 most influential people in psychedelics globally in 2021.

Tania’s TED Talk How Singing Together Changes The Brain has sparked international interest.  Tania’s mission is to change the world, one voice at a time!