With Tania de Jong AM and Anthony Barnhill 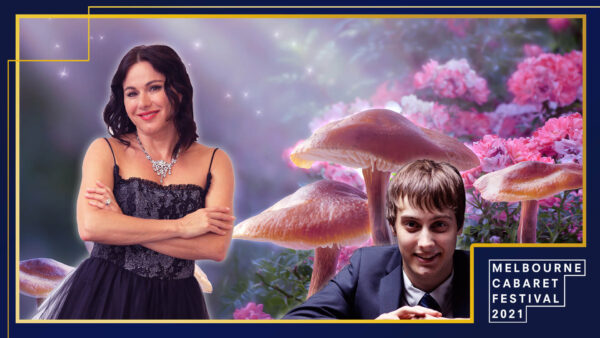 Tribes have sung, danced and used plant medicines to heal and raise consciousness throughout human civilisation.

Tania and her brilliant pianist, Anthony Barnhill, will share stories and songs to entertain, educate and uplift spirits in times of chaos and increasing mental distress, accompanied by curated psychedelic videos.

Join us for an interactive and enchanting trip that will leave you feeling lighter and much more connected!

She works across the public, private, creative and community sectors and is passionate about mental health, innovation, diversity and inclusion.  Tania speaks and sings around the world as a soloist and with her group Pot-Pourri releasing twelve albums. She is Founder and Executive Producer of future-shaping events series, Creative Innovation Global.

​In 2019, Anthony was the Associate Musical Director for the international tour of West Side Story (Opera Australia, GWB entertainment, BB group). Tour highlights included conducting performances at renowned opera houses around the world, including Staatsoper Unter den Linden in Berlin and the Sydney Opera House. Other musical theatre credits include Evita (Opera Australia), Oklahoma! (The Production Company) and, most recently, as AMD for the Australian production of Chicago (GFO).

Anthony has worked for the Victorian State Schools Spectacular, Monash University and Opera Scholars Australia. He has been pianist for Grammy nominated RnB artist Mario, toured China as Musical Director for Australian International Productions, and served as Composer in Residence for Creative Innovation Global.

​Anthony studied at Monash University where he won numerous awards including the flagship Concerto Competition, while also achieving the university’s highest performance result in each year of study. He was winner of the prestigious Rob Guest Endowment Musician Award.