Dr Eli Kotler is a consultant psychiatrist, holds an academic position at Monash University through the Alfred Psychiatry Research Centre, and is the medical director of Malvern Private Hospital, the first addiction hospital in Australia. Dr Eli Kotler 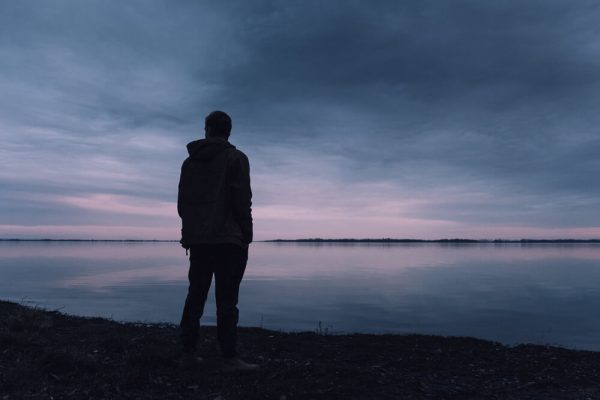 The Royal Commission’s report on the Victorian mental health system sent shockwaves throughout the State, one of which landed squarely on a patient of mine. They noted that Victoria’s mental health system is “not geared for…change”. Just to ensure we got the message, and despite a Federal Government TGA approval, my request to treat my traumatized patient with MDMA-assisted therapy was declined by our state’s regulatory authority.

To be clear, my disappointment lies not with the state government regulators, nor with the medical opinions suggesting MDMA-assisted therapy should not be used for treatment of traumatized patients (despite excellent emerging evidence that it works with little risk). I understand these opinions, though I certainly do not agree with them.

My issue is a more troublesome one. Underlying these opinions is a problem with how we practice psychiatry, which in turn reflects the alienated community in which we live. Mental health paradigms are always a reflection of the society which supports them. You see, us Australians are alienated both intra-personally (from our own emotional worlds) and inter-personally.

Our current paradigms tend to view mental illnesses in a biologically reductive way. In other words, mental illnesses are both understood and treated primarily as biological diseases (which they are not). The posters at your doctor’s rooms will teach you – depression is just like any other medical disease, such as heart-failure or emphysema. In this paradigm, entities such as addictions and depression are seen as distinct phenomena. They are treated in our current system as totally different diagnoses by entirely different teams. The alienated individual who suffers from depression and addiction is labeled with the alienating and erroneous term ‘dual-diagnosis’, which enshrines the division. Furthermore, if addictions are understood (as they are) as inherited conditions (which they are not), and primarily as brain diseases based in dysfunctional dopamine rewards circuits, they will be primarily treated as inherited brain diseases, by doctors with medications.

But what if we have got it all wrong (which we do). You see, addictions are heritable but not inherited (there is a big difference, I recommend looking it up), and the chemical dopamine in no-way explains addictions. Rather, it is the human experience of dopamine (along with numerous other chemicals) which explains addictions, suggesting that addictions are rooted in difficulties with the human experience of life, rather than the neural correlates of those experiences.

The events which lie at the root of illnesses such as addictions and depression are those which overwhelm the mind’s ability to process and integrate. We know that the presence of adverse childhood experiences is present in the majority of (if not all) people with addictions and chronic depression. But rather than seeing these conditions as consequences of trauma (which they are) and treating the underlying emotional issues (which would help), our society mistakes the symptoms (depression and anxiety) for the disease itself. We treat depression as depression and addiction as addiction and all the while we are missing the forest for the trees. The real disease is the high prevalence of trauma, alienation, and neglect in our society. After all, it is these conditions which twist and distort the mind into the contortions which fill the latest catalogues of mental illnesses.

Which brings me back to my patient. Traumatized when young, she has suffered from every diagnosis a psychiatrist’s finger can point at. She has had every treatment a medical guideline can fathom. Yet her trauma remains in place, because no-one has been able to reach it. Suddenly, on the horizon, a change is coming. Treatments like MDMA-assisted therapy appear to touch the root of the trauma, allowing individuals to process the unintegrated parts of their minds, and offer the chance of real healing. But we don’t change. Our outlooks have ossified, our diagnoses have desiccated. And all the while we suffer in our own blindness. People continue to kill themselves, and my patient will continue to suffer in silence until the Victorian Government allows me to access a new treatment which may finally bring peace to a troubled mind.

Eli is a consultant psychiatrist, holds an academic position at Monash University through the Alfred Psychiatry Research Centre, and is the medical director of Malvern Private Hospital, the first addiction hospital in Australia. He is a member of the Australasian Professional Society on Alcohol and other Drugs (APSAD). Clinically, Eli is interested in the deep connections between trauma and addiction and works within a neuro-psychoanalytic framework. Eli has overseen the development of a clinical program for addictions focused on trauma, particularly developmental trauma. This has led to an interest in medication-assisted trauma therapy. Eli worked for many years researching neurodegenerative diseases and was the principle investigator on numerous trials for novel therapeutics. He is founding member of the Melbourne Neuropsychoanalytic Group and welcomes new members. Through involvement with Monash University, Eli oversees the addiction rotation for medical students.

Psychedelic Medicines: How My Journey Into The Jungle Changed My Life by Dr Alana Roy

It’s Time To Give Our Military The Medicine They Need

Where Psychedelics and Intimacy Meet