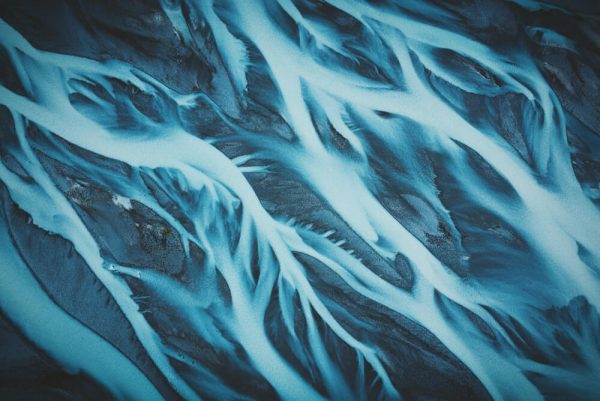 My name is Michael Raymond. I served in the Airforce for 16 and a half years, serving initially as an Avionics Technician, working on Fighter Jets such as the F-111 and F/A18F Super Hornet. 10 years into my career I commissioned to become an Electrical Engineer Officer and worked on a number of projects, as well as what many refer to as the Australian version of the Pentagon near Canberra. As a side job I also became a Motorcycle Instructor and by the end of my Defence career was regularly coaching the fastest rider group at the Sydney Motorsport Park racetrack. My other passion was martial arts: training and fighting in Boxing, MMA, Shaolin Kung Fu and Brazilian Jiu Jitsu.

In late 2018, I was medically retired after battling with mental and physical illness, including, Major Depression, Anxiety Disorders and Post Traumatic Stress Disorder. I had been in a state of suppression following some near-death experiences both in and out of service, one including an engine explosion during a flight with the US Airforce, narrowly avoiding impact with the ground and involving an evacuation of Waikiki beach, Hawaii. I managed all my struggles by working myself harder, training harder, pushing my limits more on the motorcycle and drinking on the weekends to blow off the steam. I was also prescribed antidepressants and sleeping medication, some of which I later found out was above the recommended maximum dosage.

Prior to my personal research and experiences with Psychedelic Therapies, I held many negative assumptions and judgements regarding the use of psychedelics which deterred me from any consideration of their healing qualities. I believed they were for party goers or drug abusers who had little interest in being a productive member of society or successful within the professional workspaces. I also had a preconceived notion that they were dangerous, addictive, or may even cause a mental breakdown. It is funny to look back on now.

I also had little understanding of my own sub-conscious behaviours and beliefs, which prevented me from exploring potential avenues for healing, self-love, self-growth and acceptance. I was able to keep everyone at an arm’s length, avoid truly dealing with my deepest fears, traumas, lack of self-worth and unknowingly perpetuate a decline into depression and anxiety, to the point of feeling like suicide was my only reprieve. It was in that darkness and in a failing relationship, my partner at the time convinced me to investigate psychedelic plant medicines and their success with helping people recover from severe depression, as well as other mental illnesses. I was intrigued enough to max out the credit cards and book my flights to South America the next month.

My first introduction to Psychedelic Plant Medicines was Ayahuasca and San Pedro at a healing retreat. We had to follow a regimented routine of preparation both mentally and dietary in order to prepare for the ceremonies with the traditional South American Shaman. This included stopping my anti-depressant medication which had terrible side effects, and I was severely dependent on them for mental and emotional stability. I was very sceptical from the start and held little hope for anything significant to change.

Taking Ayahuasca was life changing for me. I was humbled and vulnerable in the ceremony. The medicine seemed to have a mothering energy, disciplining me with cold hard and undeniable truths but also holding me and supporting me through the emotions which inevitably followed when having them highlighted. I had always struggled to cry and could not understand why a man would show what I perceived as weakness. In these moments of nausea and confronting truths, I let go of my grip of control and had a much-needed release of deep sadness I had been holding for far too long.

The next day I felt renewed. I found my sense of humour which my friends and partner had missed. I was laughing and felt joy and peace with the world for the first time in years. It felt like the weight of the world was no longer on my shoulders. The following ceremonies offered me healing beyond what I could have imagined, they all felt like I was conversing with the wisest parts of myself or some spiritual teacher such as Eckhart Tolle or Alan Watts. It was truly life-changing, and my depression seemed to evaporate. I could see the beauty in living and my self-worth no longer felt conditional. Someone had pressed the reset button on my brain. I was more present and felt this peace within me, the type I only ever glimpsed after riding motorbikes on the racetrack at full speed. My ADHD mind was silenced! It was as if I had defragmented my mind and it was now running beautifully again.

Like any healing modality there is no magic pill to instantly resolve chronic and complex traumas; rather, the healing process is often in layers. On my return from South America this proved true as I faced new and emerging layers of my trauma. Thankfully, I was free from my dependence on anti-depressants after 10 years on them and had shifted the stigma around psychedelic plant medicines. I also now knew I had a way to shift my perspective when my internal program of pessimism, lack of hope and/or purpose had run me into a dead negative dead-end once again. Journeying with plant medicines had revealed my intrinsic worth purely from my existence, and that life is worth living.

After my initial experiences I started to understand that taking the psychedelic plant medicines was only one aspect of the healing. The integration, support, intention and understanding of the medicine all contributed to the success of my recovery from cannabis dependence and mental illness in the long term. When combined with exercise, purpose, community engagement, diet and other healthy lifestyle choices, the results were drastically improved, and I was astonished at how powerfully healing these journeys were.

Having experienced both the Western medicine (anti-depressants, talk therapy psychotherapy) and Psychedelic Plant Medicine approach to my mental health, I reflected on the results. I cannot speak for everyone of course, but for me the difference was significant to the point of wanting to share my story.

If we were to imagine myself as a sick tree, the anti-depressants solution would be in line with building a greenhouse around the tree. It is an externally dependent relationship that did not improve my resilience and only sheltered me from feeling the full brunt of life’s weather patterns. The Psychedelic Therapies approach, however, felt like diving deep into the soil to uncover the origin of what may be causing the sickness; then finding that fundamental issue and taking action to improve the soil and health of the roots system. In doing so improving its resilience. I felt exactly this, more resilience and self-empowerment to take on what life throws at me.

With my community of friends and three of my bothers having served in the military, I am aware there will be many barriers to shifting the stigma around Psychedelic Therapies. I do, however, believe that therapeutic use of Psylocibin and MDMA are a godsend for Veterans who may be dealing with complex traumas, such as PTSD and other mental health issues. If rescheduled, I have no doubt about the positive effects organisations such as Mind Medicine Australia will have on the mental health of so many of those who are suffering within the veteran and wider community. So that they are no longer just surviving life, they are thriving.