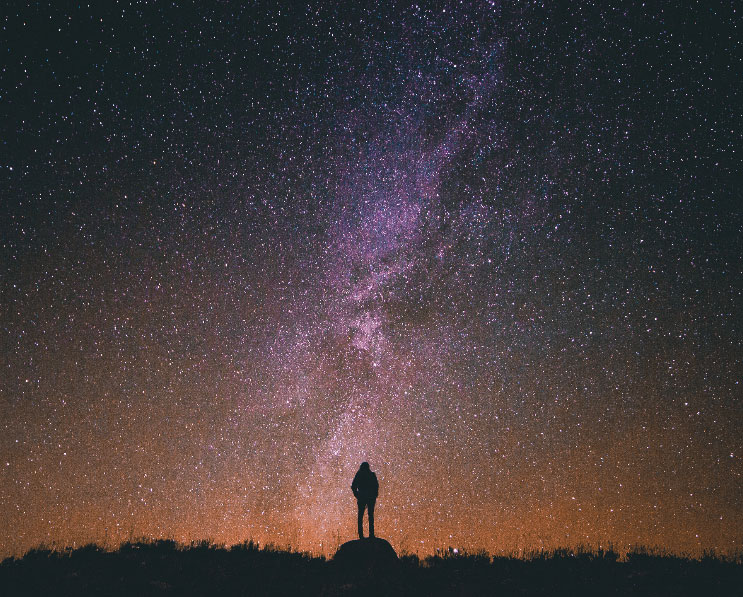 As a human being in the current social-political and economic climate we are faced with many challenges such as the rise of mental health, the impacts of COVID-19 pandemic, gender inequality, unemployment, poverty, and climate change, to name only a few. For many, the current culture arguably promotes individualism, competition and profit; this can instil a heavy sense of existential dread [1]. We have been warned for decades the devastation of a society trying to control nature;

“The ‘Takers’ are a profoundly lonely people. The world for them is enemy territory, and they live in it like an army of occupation, alienated and isolated by their extraordinary specialness. The world of the Takers is one vast prison, and except for a handful of ‘Leavers’ scattered across the world, the entire human race is now inside that prison” (Quinn, 2006).

As we read on we can see the enormous benefits of breaking free from the bonds of our ego and the world as we know it. The psychedelic journey holds the keys to release those shackles. As popular journalist and author Michael Pollan affirms “makes losing your mind sound like the sanest thing a person could do”.

Our developing ego consciousness has created the illusion of separateness, our inner dialogues have estranged our connection and relationship with the Earth, each other, and the deepest nature of our own selves. Our sense of self is constructed by fragmented and disconnected perceptions of reality. From this normalised state of consciousness and humanity’s attempts to deny its vulnerability against nature and the greater chaotic forces, our relational and internal structures become increasingly hierarchical. Our narcissistic bubble informing our needs and desires, is a reflection within mirrors of the capitalist society and disproportionate power struggles that surround us.

“Psychedelics are illegal not because a loving government is concerned that you may jump out of a third story window. Psychedelics are illegal because they dissolve opinion structures and culturally laid down models of behaviour and information processing. They open you up to the possibility that everything you know is wrong” (Terence Mckennacited Monteith, 2016).

The weight of the world can feel too heavy for many, however there is compelling evidence through recent psychedelic research that ‘awakening consciousness’ is possible. People who engage with psychedelic medicines often report that their sense of being a self or ‘I’ as they previously had known, distinct from the rest of the world, has diminished or dissolved altogether (Letheby & Gerrans, 2020). Neuroscientific studies show, through brain imaging, the brain exhibits more characteristics of criticality in the psychedelic state than what are apparent during normal waking consciousness (Carhart-Harris, 2018). Imagine a wire circuit where only half the wires are firing, however, there is a switch that can activate all wires once.

When guided with experience in a control setting, Psychedelics have the ability to disrupt stereotyped predictive patterns of thoughts and behaviours leading to transcendence experiences and complete ego dissolution, following only a few dosages (Roseman et al., 2019). Participants in psychedelic ceremonies and clinical trials have reported profound psychotherapeutic effects of alleviated emotional imbalances, working with interpersonal relations, and exploring the inner realm, intrapsychic structures, and spiritual development. Returning to the aforementioned analogy, following the reboot, the wire circuit (in the mind) is rewired permanently in a healthy yet transformed state. It is as if the transformative experience invites us to lose ourselves as we know, to reconnect with the parts that had splintered off, discovering the purest version of ourselves.

These experiences lead to a heightened feeling of wellbeing through a sense of unconditional love, awe and acceptance. Often achieved through intensified interconnection with nature, spirituality and the newfound ‘acknowledgement of all things beauty’. When awakened awareness of nature and impact of dominant structures occurs, an alternative view can emerge which informs and cultivates change in myriad ways (Wolfson, 2018). Psychedelics take us into realms of untouched states of consciousness, offer lineage of spirituality through refined wisdom, sense of safety and freedom, to express one’s unique individual self. Having these experiences in a heightened states, acts as a reboot for our minds, enhances the capacity to reach similar sense of being in normal waking consciousness. Liberating the way, we think and feel, the psychedelic experience for many has created clear personal ownership of one’s identity and purpose.

“Through all of history, mankind has ingested psychedelic substances. Those substances exist to put you in touch with spirits beyond yourself, with the creator, with the creative impulse of the planet” (Ray Manzarek).

Psychedelics increase a sense of connection to self, community and nature. They amplify our imagination, our dream lives, our creativity and our sense of justice. Psychedelics are arguably some of the world’s most powerful tools on the planet for raising the individual and collective consciousness (Pollan, 2018). I encourage you to raise your consciousness, seek out and explore unknown terrain. In the words of Terence McKenna,

“You are an explorer, and you represent our species, and the greatest good you can do is to bring back a new idea, because our world is endangered by the absence of good ideas. Our world is in crisis because of the absence of consciousness” (Monteith, 2016).

Monteith, A 2016, ‘“The Words of McKenna”: Healing, Political Critique, and the Evolution of Psychonaut Religion since the 1960s Counterculture’, Journal of the American Academy of Religion, vol. 84, no. 4, pp. 1081–1109, Oxford University Press

Pollan, M author. 2018, How to change your mind : what the new science of psychedelics teaches us about consciousness, dying, addiction, depression, and transcendence, Penguin Press, New York

Wolfson, P 2018, Psychedelics the Spiritual and Consciousness — an Evolving Confluence in the Cultural Stream