On the Need for a Bioethics of Psychedelic Psychotherapy: A Few Preliminary Challenges By Eddie Jacobs 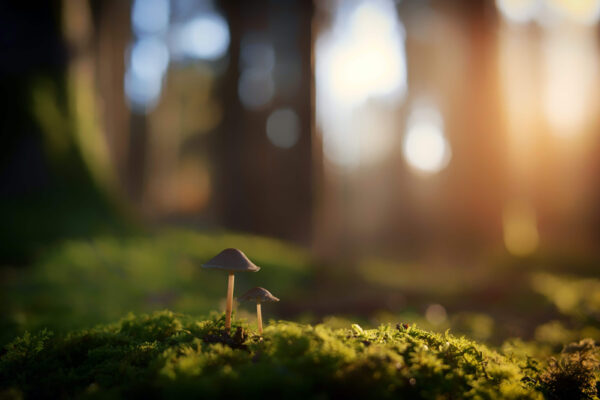 Psychotherapy assisted by psilocybin, a naturally occurring compound in ‘magic mushrooms’, has recently received ‘Breakthrough Therapy’ status from the FDA, in recognition of the substantial benefits witnessed in clinical trials investigating treatment-resistant depression. A number of trials of psilocybin-assisted therapy are also underway for major depressive disorder, one of the most significant causes of disability worldwide (1), and the modality has the potential to support the long-term cessation of tobacco- addiction to which kills some 5,000,000 people per year – more effectively than any other available treatment (2). As such, it seems certain that therapy assisted by psilocybin and other psychedelics will receive significant interest from the biotechnology sector, psychiatry research and public health policy over the coming years.

However, for all its apparent promise, psychedelic-assisted psychotherapy remains extremely under-researched from a bioethical perspective. This is a serious shortcoming, and with licensing around the corner, it is now also an urgent problem. Against the backdrop of regular healthcare, the experience of psychedelic-assisted psychotherapy, its mechanisms of action, and its downstream consequences, are all pretty unusual. So perhaps unsurprisingly, pre-existing bioethical accounts of mental health treatments are challenged by this new treatment along a number of directions.

A full account of potential ethical challenges embedded in psychedelic-assisted psychotherapy, and a clear articulation of the clinical and policy choices that can defuse these challenges, will be a vital component in establishing psychedelic-assisted psychotherapy within the mainstream of healthcare.  The clinical promise of psychedelics is only part of the story – the success of a technology or treatment depends not just on its efficacy, but also on a slew of social facets of the culture it is embedded in. Not only do we want to have our ethical house in order before there is widespread uptake of psychedelic psychotherapy, but getting the ethics right will also facilitate widespread uptake.

Suppose we forge ahead without deep, critical ethical engagement, and we overlook something that we could have fixed, that leaves patients feeling let down, violated, or otherwise not properly considered. Not only would that amount to a failure of a physician’s duty of care, it would cost the psychedelic psychotherapy movement itself: maybe the loss of the public goodwill that has been so hard to build, maybe a series of litigation actions that make treatment providers, insurers, and decision-makers in other jurisdictions considerably less enthusiastic about facilitating psychedelic psychotherapy, ultimately meaning that many other people who could benefit would miss out. By seeking out potential problems now, and thinking about how to manage or accommodate them, we thereby minimise these risks. 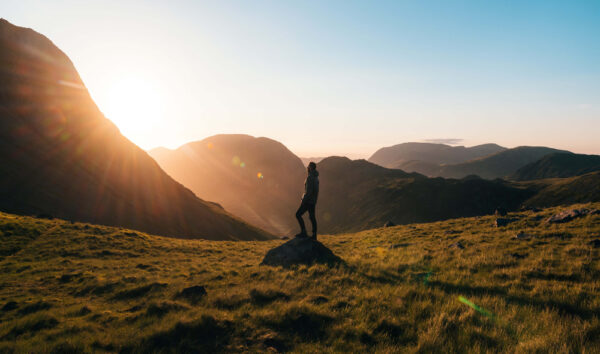 A useful prism through which to understand some of these bioethical challenges is the tranche of unusual, non-clinical ‘side-effects’ of psychedelic experiences. Alongside the target clinical effect, psychedelic experiences can increase prosocial disposition, affect attitudes towards death, enhance aesthetic appreciation and improve patients’ sense of personal well-being and life satisfaction (3,4,5,6). Perhaps most interestingly, they can induce mystical experiences of long-lasting spiritual significance (7), and produce robust changes to religious belief (8) and personality (9,10). Such experiences appear to be a feature, rather than a bug, of psychedelic psychotherapy, with the intensity of the mystical experience correlating with the extent of clinical benefit. Of potentially wider significance, they might cause long-term changes to political values and, perhaps, behaviours (3, 11).

The focus on the therapeutic potential of psilocybin-assisted therapy has meant that the significance of these non-clinical outcomes has been underestimated. But their importance could hardly be overstated: even where psilocybin-assisted psychotherapy proves an effective treatment, participants can report this clinical success as one of the least important effects of the experience, when compared to the other changes (6). Given the unique power that this treatment has to influence facets of a patient’s character that cut to the very core of their identity, it is imperative that the breadth of its potential impact is carefully and critically examined. With the knowledge of these changes, clinicians who conduct psychedelic-assisted psychotherapy are knowingly changing people in a fundamental sense, far beyond the bounds that are usually seen within medicine.

The reflexive response to such ‘side-effects’ from some strains of medical ethics would be to square them away by appeal to the dominance of autonomously given, informed consent: so long as a patient is adequately briefed of the possible consequences of a treatment, their decision to continue with a treatment is conclusive. But the intuitive understanding of informed consent faces a number of challenges with psychedelic-assisted psychotherapy. The superficial challenge is that the very nature of the mystical experience induced by psychedelics runs contrary to the mainstream understanding of informed consent. A core characteristic of mystical experiences is that they are ineffable – inexpressible or incomprehensible in linguistic terms. Insofar as patient briefing takes place linguistically, securing informed consent will not be straightforward.The deeper problem with understanding informed consent in the context of psychedelic medicines, is to find a secure standpoint from which to make judgments of autonomy.  Commonplace advice to people considering whether to undertake a medical intervention, is to choose whichever option leads to a better quality of life, all things considered. But judgments about quality of life are necessarily dependent on a system of values, and values themselves can be changed by psychedelic-assisted psychotherapy. If you know your perspective on life may radically change following psilocybin, how do you adjudicate between your current evaluation of prospective quality of life after psilocybin, and your likely post-psilocybin evaluation of quality of life after treatment? (12) This is not a mere philosophical puzzle. How might we counsel a prospective patient considering psilocybin-assisted therapy who has debilitating depression and is a fervently proud, card-carrying materialist atheist. From this patient’s perspective, coming out of treatment believing in God or some sense of Ultimate Reality may be more horrendous to consider than continued clinical suffering. But, were this patient to proceed with treatment and have a religion-inducing ‘God-encounter experience’ (8), they would not have nearly as negative an evaluation of this newfound belief, after the fact.

With the non-clinical changes following psilocybin administration come questions of authenticity, self-conception, and self-development. Psychedelics are far from the first treatment to challenge these notions in psychiatry. The expansion of SSRI prescription in the 1990s led to worries about ‘cosmetic psychopharmacology’ and patients ‘losing themselves’ to Prozac (13,14) . The personality characteristics and outlooks that develop in users of SSRIs do not truly belong to them, it is argued, given their lack of connection to the patient’s overall narrative arc and  environment (14). Prima facie, some drivers of change seem more authentic than others. Changes that come about from slower-acting, experiential factors (a period of missionary work, the raising of a child) seem intuitively more plausibly ‘authentic’ than those that come about by faster acting, exogenous, artificial factors clearly linked to neurological disruption (a railroad spike through the left frontal lobe, a six week course of SSRIs). But psychedelic-assisted psychotherapy refuses categorisation under this schema. Although the changes are detectable rapidly, and come about following the administration of a drug with a dramatic acute and post-acute effect on brain function (15,16), psychedelic experiences are, nonetheless, experiences. Indeed, they are experiences that tend to be ranked among the most meaningful in a patient’s life (3), making them more credible candidates for authentically cohering with, or indeed shaping, the narrative arc of a patient’s life. Further exploration and elaboration of these ideas, as well as being philosophically interesting, can usefully feed into public narratives about the meaning and significance of clinically administered psychedelic experiences: it is a strange medical treatment indeed that returns patients to their loved ones not only freed from their tobacco addiction, but also with a perceptibly different personality, a penchant for spending time in nature and art galleries, and a newfound spirituality (2, 6). A clear articulation of the authenticity of these changes, if they can be understood as a natural and comprehensible expression of continuity, rather than an exogenously-imposed transfiguration, could serve to assuage suspicion or mistrust of psychedelic medicine among patients’ loved ones, and the wider public.

These are just a few of the surprising ethical quandaries that lurk within psychedelic medicine. While some of the challenges may seem theoretical or philosophical, the sharp end of each of them is to be found in the clinic, requiring sincere and critical reflection on the part of the psychedelic research community, and perhaps ultimately incorporated into the soon-to-be-expanding training programmes for therapists.