It’s Time To Give Our Military The Medicine They Need 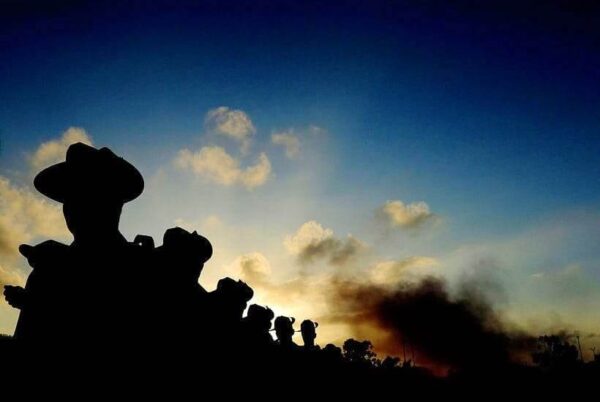 Following the American decision to bring their troops home from Afghanistan after some 20 years in that troublesome country, Australia will also soon do the same. After losing 41 Australian lives, 261 wounded in action, facing war crimes allegations and billions of dollars of expense, thousands of our country’s bravest men and women will soon be coming home. Sadly, many of the more than 39,000 soldiers who served in Afghanistan will have varying degrees of post-traumatic stress disorder. This is nothing unique to the ADF. All soldiers everywhere suffer from PTSD. It’s just a question of degree; whether they know it or not.

Imagine the trauma then, when they come to learn that upon their arrival back in the lucky country, how unlucky they are that they still cannot access medicine with an incredibly successful track record in treating PTSD, that is cheap, plentiful and, most importantly, that works.

More than 150 recent empirical studies have shown the remarkable success that the therapeutic use of either psilocybin (the naturally occurring active ingredient in what are colloquially known as ‘magic mushrooms’) and MDMA (known more commonly as ecstasy) can have with people suffering from PTSD. These medicines can assist them in dealing effectively and permanently with the traumas of war. Yet when they return home, our soldiers will not have legal access to these medicines.

Both psilocybin and MDMA remain illegal in Australia and cannot legally be prescribed by doctors for patients, even though more and more people realise that such substances can be of great benefit in dealing with a range of mental disorders including PTSD. They cannot be grown or manufactured in Australia, cannot be imported and cannot be medically prescribed for patients in need, including returning military personnel. Yet they are available through Expanded and Compassionate Access pathways in many of our closest allies, including the United States, Israel, Switzerland and Canada.

Among other critics of the status quo, Dr Simon Longstaff AO, Executive Director of The Ethics Centre says that it is unethical and inhumane to withhold these treatments from those who are suffering. Existing treatments for PTSD lead to remissions in only 5% of patients compared to remissions for 60–80% of those receiving 2–3 medicinal doses of MDMA or psilocybin combined with a short course of psychotherapy.

In a recent trial supervised by the U.S. Food and Drug Administration (FDA), 105 participants (many of whom were veterans and first responders) had been suffering from treatment-resistant PTSD for an average of 18 years. Just three medicinal doses of MDMA with a short course of psychotherapy led to remission in 52% of cases immediately and in 68% of cases at the 12 month follow up.

Brigadier General Sutton, New York City’s Commissioner of Veteran Services said: “If this is something that could really save lives, we need to run and not walk toward it. We need to follow the data.” This same approach should be taken in Australia and inform the recently announced Royal Commission into Veteran Suicide.

Former Defence Force Chief, Admiral Chris Barrie has repeatedly confirmed that psychedelics offer the “only possibility of a cure for post-traumatic stress disorder”.

The Icahn School of Medicine at Mount Sinai in New York has launched a new Centre for Psychedelic Psychotherapy and Trauma Research (one of 6 similar Centres recently launched in the UK and USA), to discover novel and more efficacious therapies for PTSD, depression, anxiety, addiction and other stress-related conditions in the veteran and civilian population. The Centre will focus on studying MDMA, psilocybin and other psychedelic compounds.

Think of the immense suffering, mental illness and suicides that could be prevented if our veterans could finally get well through having access to all medicines that could potentially help them. Wouldn’t it be wonderful if they could lead meaningful and healthy lives contributing their skills and courage to our community?

Our health care system and the services it provides is in many respects the envy of the world. Medicare and private health services provide immediate access to both care and medicine for everyone in need. No one falls through the cracks in this country and no one has to show up in an Emergency Department just to access a doctor, as is the case in one of our closest allies, in particular. We should be justifiably proud of this, but also open to how this remarkable system could be improved.

After all, international laws, including those that have been ratified by Australia clearly recognise the right of everyone to “the enjoyment of the highest attainable standard of physical and mental health”. This must mean that everyone needing effective medical treatment should have access to all medicines that work, including psilocybin and MDMA which are proven to be safer and more effective than existing treatments, particularly when given under professional medical supervision.

The Therapeutic Goods Administration is currently considering rescheduling these medicines, which if successful, will mean that this medicine could then be prescribed by professionally trained doctors for patients that they feel will benefit from its use. It does not mean that these substances will be legal in a recreational sense. However, they will be part of the full medicinal arsenal available to all trained doctors to provide to all people in need, including our soldiers. With mounting pressure, the TGA recently announced an Independent Review on rescheduling both psilocybin and MDMA. A final decision is expected within months, and there is a large and growing chorus of voices who are calling on the TGA to provide medical access to these treatments to prevent further avoidable suicides and suffering.

Mind Medicine Australia and a rapidly growing global network will soon be releasing a short and, what we hope will be widely applied, Declaration on the Right to Universal Access to All Forms of Safe and Effective Medicine which calls upon governments everywhere to make available, to all persons, every reasonably accessible form of safe and effective medicine — regulated only for reasons of safety and efficacy, and then only to the extent strictly necessary.

Many people, and especially our soldiers, simply cannot afford to wait any longer.

Scott Leckie is an international human rights lawyer. Tania de Jong AM is a social entrepreneur and the Executive Director and co-Founder of the charity, Mind Medicine Australia.

This article was originally published by The Spectator on 6th May 2021.

Scott A. Leckie is an international Human Rights lawyer, Law Professor and Director and Founder of Displacement Solutions, an NGO dedicated to resolving cases of forced displacement throughout the world, in particular displacement caused by climate change. He also founded and directs Oneness World Foundation (www.onenessworld.org), a think tank exploring questions of world-centric political evolution and new forms of global governance.

He hosts Jointly Venturing, a podcast dedicated to the question of world citizenship, and manages the One House, One Family initiative, an ongoing project in Bangladesh building homes for climate displaced families. He regularly advises a number of United Nations agencies and conceived of and was the driving force behind more than 100 international human rights legal and other normative standards, including UN resolutions – most recently the Peninsula Principles on Climate Displacement Within States. He has written 22 books and over 250 major articles and reports.

She works across the public, private, creative and community sectors and is passionate about mental health, innovation, diversity and inclusion.  Tania speaks and sings around the world as a soloist and with her group Pot-Pourri releasing twelve albums. She is Founder and Executive Producer of future-shaping events series, Creative Innovation Global.