Will Australia take a lead in psychedelic therapy? 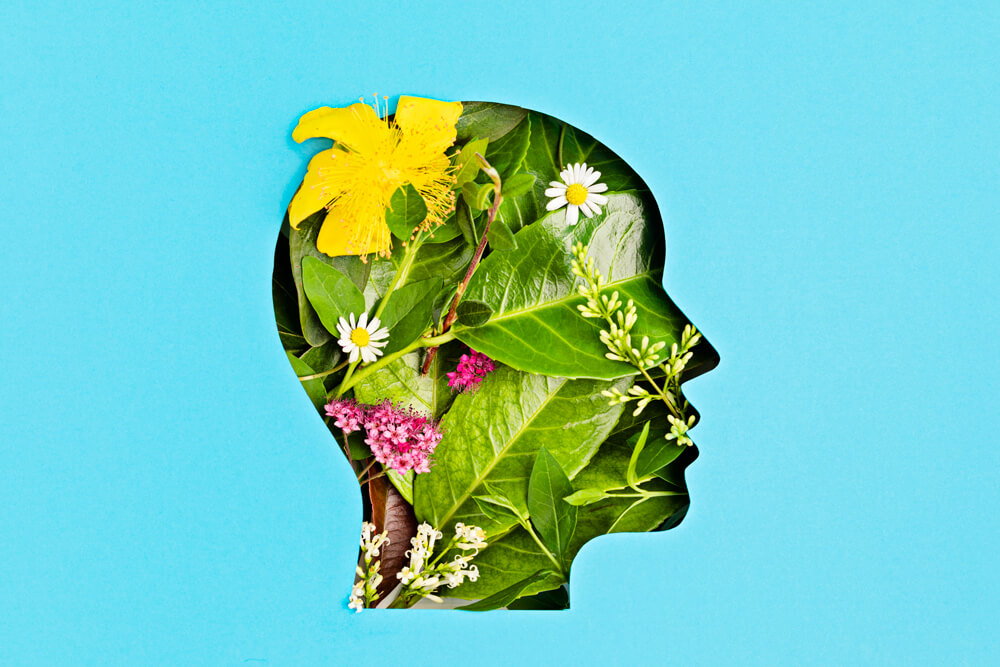 On September 30th 2021, the Therapeutic Goods Administration (TGA) of Australia published an eagerly awaited report on the use of psychedelics in treating mental health conditions. It is an independent review of the evidence surrounding two particular substances: MDMA and psilocybin, commissioned by the regulatory agency in order to inform its decision making process towards these substances. Currently, these substances are placed in ‘Schedule 9’ of the ‘Poisons Standard’ – the most restrictive classification which includes other substances like heroin. The TGA is in the midst of evaluating a proposal to move them into ‘Schedule 8’, a less restrictive category. Schedule 9 substances are considered ‘Prohibited substances with high potential for abuse and misuse’, and are only accessible for purposes of medical research, in order to severely limit access. Although we are in a time of increasing awareness and interest in psychedelic substances, the history of psychedelic research in the modern era is complex. The current restrictions on psychedelic use for recreational and medical purposes are closely intertwined with US government anxieties about counterculture movements in the Vietnam War era.

The proposal to reschedule is led by an Australian nonprofit, Mind Medicine Australia (MMA), and has the support of world leading experts in psychedelic research. If successful, it will lead to a situation where Australian patients suffering from mental illness can access psychedelic substances for use in therapy. There are no proposed changes to the status of recreational use of psychedelics, which will remain in Schedule 9. A range of safeguards will be in place – for example, prescription will be restricted to being prescribed by psychiatrist or specialist addiction physician. MMA has been training cohorts of qualified psychotherapists specifically in psychedelic-assisted therapy in anticipation of future demand. Access is envisioned to occur in a medically controlled environment with the patient never taking the substances home. As unregistered medicines, prescribers will still require approval on a per patient basis from both the TGA (under Special Access Scheme B) and the State or Territory Government where the treatment is to occur. Mental health conditions like post-traumatic stress disorder (PTSD) and depression are frustratingly difficult to treat, with debilitating impacts on patient’s lives and those around them – and it is envisioned that these patients stand to benefit from a psychedelic experience given in a controlled and supervised setting.

What’s the evidence for psychedelic-assisted therapy?

In recent years, psychedelic research has reached an inflection point, with accelerating recognition worldwide of its therapeutic value in a range of mental health conditions. A landmark phase 3 trial evaluating MDMA for the treatment of PTSD read out earlier this year, sponsored by the pioneering US based nonprofit MAPS. A total of 91 patients with severe PTSD were randomised to two groups, with the average patient having carried the diagnosis for 14 years. A large majority (92%) of patients had experienced suicidal ideation during their lifetime, and 1 in 3 had attempted suicide in the past.

Both groups received a structured program of therapy over 18 weeks, but only one group received MDMA across three sessions, with the other receiving an inactive placebo in its place. The group that had received MDMA-assisted therapy responded considerably better than the group without – with 67% (28/42) of patients no longer meeting the criteria for PTSD diagnosis, compared to 32% (12/37) in the therapy-only group, as measured 18 weeks after initiation of treatment. In a patient group with such severe and intractable disease, these results are remarkable – clearly demonstrating the potential of psychedelic assisted therapy to heal patients who may otherwise never respond to conventional treatment regimes.

How does psychedelic assisted therapy work?

The experience of increased empathy and connection appear to be central to the way that MDMA seems to produce these results. Pharmacologically, the drug increases levels of serotonin in the brain, also acting to increase noradrenaline and dopamine to lesser degrees. Modulation of serotonin neurotransmission is the primary proposed mechanism by which both MDMA and psilocybin are able exert psychological effects. On one hand, an increased level of serotonin binding to the 5HT-1A receptor is thought to lower anxiety, while action on the 5HT-2A receptor increases neuroplasticity and the capacity for learning. In this state of lowered barriers and heightened flexibility of thinking, the individual is able to confront and reprocess their trauma with the assistance of their therapist. Unlike MDMA, psilocybin is a ‘classic psychedelic’ as it predominantly acts on the 5HT-2A receptor like LSD, DMT and mescaline. Experiences of psilocybin have been demonstrated to be effective for conditions like depression, even when the patients are resistant to other therapies. When 5HT-2A receptor activation increases, patients enter into a state of cognitive flexibility and creative thinking where enduring patterns of thought are able to be rewired. Individuals often rank it as among the most challenging and meaningful experiences of their lives – undergoing intense emotional realisations which persist long after the therapy has ended. In this way, psychedelics represent a different approach to treating conditions characterised by fixed mindsets and beliefs like depression and anxiety. Treatment is considerably shorter in duration (a few sessions), and may have more durable results than other treatment modalities. This is quite significant because conventional antidepressants and psychotherapy are known to take several weeks to months to achieve effect, requiring considerable resources. Psychedelics therefore represent a novel modality with distinct therapeutic benefits.

According to proponents of psychedelic assisted therapy, the therapy itself is a crucial part of healing. Also, it is emphasised that the substances are medical grade, produced to purity and stability specification – reducing risks of contamination and adulteration. Theoretical risks that arise from overdose or drug interactions can further be mitigated when given in a supervised setting. While the history of psychedelic research is intricately linked to diverse fields including psychoanalysis, consciousness, religion, and anthropology, the current movement is seeking first to focus on the medical applications, and this stands to reason. It has been reported that the growing acceptance of recreational cannabis use stems largely from its recent medicalisation, with cannabis being explored for a range of diverse applications ranging from anxiety and stress to autism and seizures. In medical cannabis, the TGA also has an important precedent for psychedelic regulation. In February this year, low doses of cannabidiol (the non psychoactive component of cannabis), were rescheduled to Schedule 3, the category for over the counter sale. In practice, it will be some time before pharmaceutical companies achieve registration of their medicines – requiring demonstration of efficacy and safety through clinical trials, a process that can take years. Nonetheless, similar arguments can be drawn between ‘psychedelics’ and medical cannabis, and the shifting tide of public opinion towards this group of substances is also self-reinforcing.

The original TGA submission from MMA dates back to July 2020, and from there, the original decision of the regulatory agency was to retain the status quo and to not reschedule. Some groups have a different perspective of the benefits and risks of this psychedelic assisted therapy. Medical bodies like the Australian Medical Association and the Royal Australian and New Zealand College of Psychiatrists emphasised a need for clinical trial processes, including careful assessment of efficacy and safety, under strict protocols and ethical oversight. For these groups, psychedelic research is still in its infancy, with ‘limited but emerging evidence that psychedelic therapies may have therapeutic benefit’, and emphasis is placed on their status as illicit substances. The initial decision was challenged by MMA, prompting an independent review of the evidence, bringing us to the recent report.

The expert panel was tasked with reviewing the available evidence on MDMA and psilocybin for the treatment of mental health conditions. Benefits and risks, therapeutic value, and applicability to the Australian healthcare system, were all aspects that were considered. For MDMA, a total of 8 randomised controlled studies were found to be relevant and pooled together, and their results analysed. The rationale is that looking at the results in totality may provide us with better estimates than looking at these studies individually. Results are collated and compared using the statistical quantity ‘standardised mean difference’, or ‘effect size’ – calculated by taking the difference in mean severity scores between groups relative to the standard deviation in these scores. This can be helpful when a range of different severity scores are used between trials, as ‘effect size’ allows for comparisons between different disease scoring systems. However, comparing interventions indirectly through looking only at ‘effect size’ can also be misleading, as different trials inevitably recruit patient populations which are heterogenous or homogenous in their own ways. Trials involving more homogenous patient populations will inevitably have higher effect sizes, while the converse is also true, with all else being equal. With that said, in our report, MDMA assisted therapy was found to have an effect size of -0.86 compared against the control arms, considered generally as a large effect size (almost one standard deviation). This is a promising result considering that the controls also received placebo medication, and the same course of intensive psychotherapy. In other words, patients will experience a large benefit from this treatment, beyond what you might expect from psychotherapy alone. The importance of these results are highlighted when we consider that the only two FDA-approved drugs for PTSD are the SSRI drugs sertraline and paroxetine, which both have modest efficacy, being 2-3 times less effective than MDMA, when compared using absolute change in the CAPS-2 score (and effect size). For psilocybin, six studies were identified by the panel as relevant to their evaluation. Their main findings were that psilocybin was better than placebo for treatment resistant depression, and that it showed efficacy for treatment of anxiety. It was also compared to escitalopram, a common antidepressant – and no ‘statistically significant’ differences were observed, although there is a good argument to be made that this is due to limited statistical power. A closer, critical read of an important recent trial comparing psilocybin with escitalopram would be worthwhile for any interested reader, as the data itself is promising (additional data is in the article appendix).  The authors of our TGA report conclude: “MDMA and psilocybin may show potential as therapeutic agents in highly selected populations when administered in closely supervised settings and with intensive support. Evidence appears strongest for MDMA.”

The case for psychedelic assisted therapy is strong, and the high quality evidence which has been generated to date cannot be ignored for long. The recent independent review highlights the clinical efficacy of this treatment, and the TGA is well placed to enact regulatory changes that will encourage the development of the field. In the midst of our current mental health crisis, patients with intractable conditions stand to benefit considerably from a rescheduling of these medicines.

Will Australia take a lead in psychedelic therapy?

Anyone for a Magic Mushroom Medicine?

Psychedelic Medicines: How My Journey Into The Jungle Changed My Life by Dr Alana Roy